In the previous blog post, we touched on two different categories of automated tests, namely solitary and sociable tests. We also mentioned that in order to build maintainable and high-quality software systems, we need both solitary as well as sociable tests, but not in an equal amount. Although tests from both of these categories have their strong points and weaknesses, it’s more desirable to have several solitary tests combined with only a few accompanying sociable tests.

This is where the test pyramid comes in. Initially described by Mike Cohn in the book Succeeding with Agile, the test pyramid provides a visual representation of a beneficial balance of automated tests. 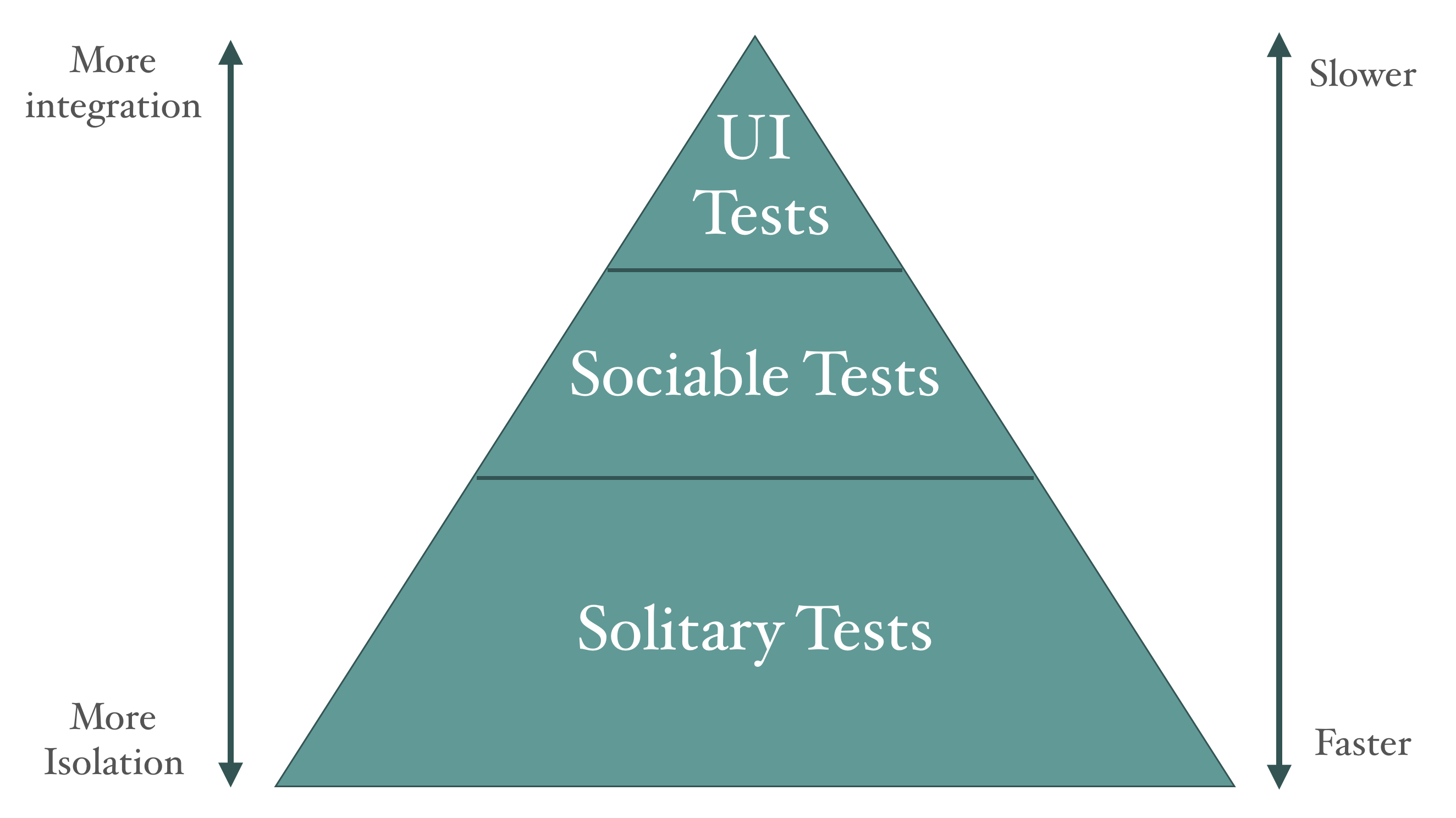 The concept of the test pyramid is made up from the following parts:

At the bottom of the test pyramid, we have the most isolation and also the fastest performance. This is where we get the most feedback about the design of the system. The more we move up the test pyramid, the more integration is employed and verified which results in slower tests and less feedback.

There are four primary reasons as to why we prefer that the majority of tests are solitary tests:

Do not bet on only a single category of these tests! Applying all of these categories to the system is the best way to achieve a well-tested code-base. However, a surprisingly large number of development teams have made the mistake of applying a testing pyramid that is upside down. Such an “ice cream cone” shaped automated testing strategy implies that there are more sociable tests than solitary tests. This anti-pattern usually stems from an overreliance on manual testing and/or a lack of applying the Test-Driven Development process.