After the pre-conference workshops, it was finally time to kick-off the open-space conference itself. Before Steven "Doc" List held his opening speech, Oren and Glenn couldn't wait and began sharing their thoughts: 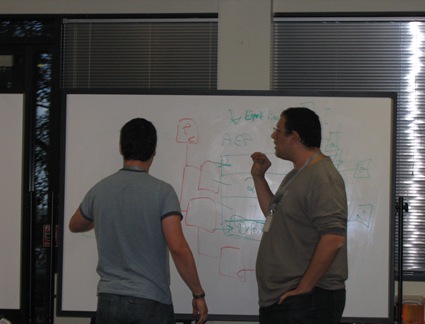 After the fish-bowl session, the self-organizing geek thing happened and resulted in a number of sessions on the board. 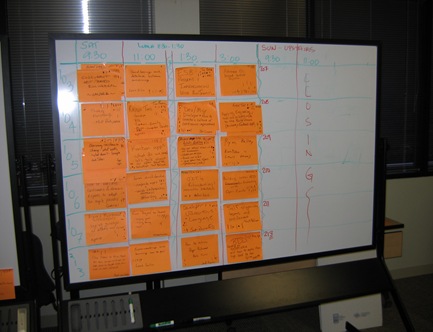 On the next morning, a long and exhausting day was ahead of us. A wide variety of topics where chosen, so I needed to make some though decisions about which sessions I was going to attend. You can have a look at the Kaizenconf wiki for all the open-space sessions (as well as the workshop sessions) and the notes that where made during these sessions by the different people who were there.

I attended the following open-space sessions:

A lot of great conversations and I wished that I could split myself up so that I could be in several session rooms at once. Keep an eye on the wiki that I just mentioned, because links to the different video recordings will be posted there.