Nice introduction talk on the new XML API for creating, querying and modifying XML. Although this is YAXA (Yet Another XML API) and doesn't add any feature compared to the classes in the existing System.XML namespace, I like this LINQ implementation the most.

Some random notes I've made during the session: 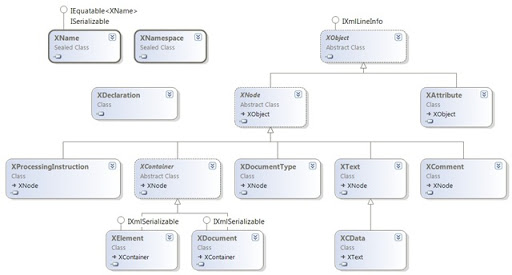 Unit Testing Tips and Techniques with Visual Studio 2008 and the .NET Framework

This was an interactive session where the audience could determine the content. Everyone could add a particular topic regarding unit testing / integration testing to a list. These topics were then prioritized according to votes from the audience and then discussed by the speaker (how agile can you get?). Some of the topics were:

Off course, my questions didn't get enough votes ;-). Roy Osherove is a great speaker, so it is almost needless to say that the session was packed with a lot of great content.

This session discussed application scenarios and not yet-another-feature-summary of the Entity Framework. I had my hopes up because I wanted to see some real-world scenarios instead of another toy application. As I already mentioned in my previous post, the Entity Framework is not quite there yet. The session turned out to be not as good as I hoped, just because the speaker was talking so fast that my brain couldn't keep up interpreting his words. Man, this guy could talk fast. I've never witnessed anything like this before. Maybe it was only me, I don't know.

Silverlight, ASP.NET and Web Services in IronPython and IronRuby

A nice demo session that continued the session of the day before with again Mahesh Prakriya at the microphone. This time he showed lots of demos of using IronPython with Silverlight, ASP.NET and web service applications. Not quite as much demos using IronRuby as I wanted it to be. But again, a nice show.

Wednesday evening was the country drink. For the delegates coming from Belgium and Luxemburg it was held at Sal Cafe which was nicely located with a terrace at the beach. I finally got to meet Tom Mertens, who is the most famous Developer Audience Manager and the Product Marketing Manager for development tools at Microsoft Belgium & Luxembourg.

PS: I'm blogging this in retrospect as I couldn't get the blogger administrator web site to run on the CommsNet PCs because they had  JavaScript turned off.