One of the things I've picked up from the big book of developer tools is CruiseControl.NET aka CC.NET. CC.NET is a continuous integration system that automates the entire build, test and deployment cycle.

Setting it up was a breeze. I've spent approximately 6 hours to set it up for all my home projects. At first I wanted to use NAnt, as I've heard a lot of great things about it. After playing with it for a while I decided to go with MSBuild instead. Why?

The only bad thing about NAnt and MSBuild is the fact that they are declarative programming languages. I don't like programming in XML! 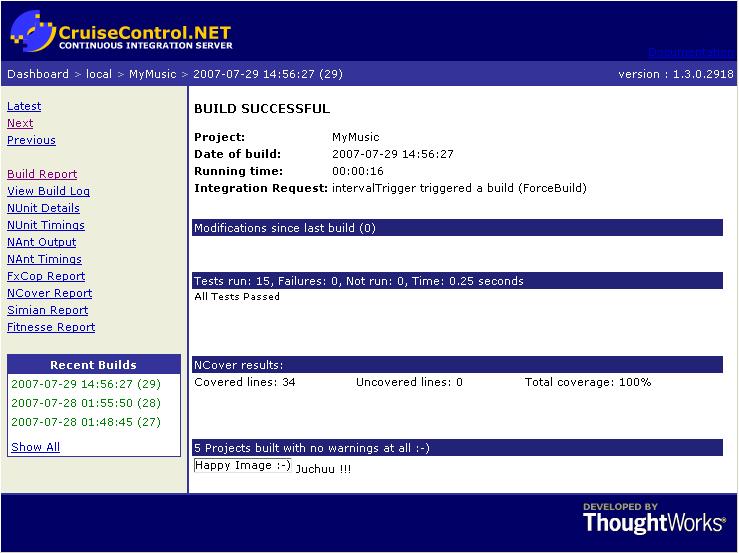 This stuff is supported out-of-the-box, so you don't have to do anything extra.

Now that I have my continuous integration server up and running, maybe it's time to automate my project management as well. There's this other product from ThoughtWorks, called Mingle, that looks very promising. I have to have a software application that manages my agile home projects, aren't I ;-)